The medical power of mushrooms

Which medicinal mushroom is the best?

Wellness drinks and supplements contain many different ingredients, but four main medicinal mushrooms come up again and again: Lion’s Mane, Chaga, Reishi and Cordyceps mushroom. What are these fungi, what are they good for, and which is the best medicinal mushroom?

Lion’s mane mushroom (called Hericium Erinaceus or wigwam) grows on old or dead deciduous trees and has been used in traditional Chinese medicine for hundreds of years. The mushroom gets its name from its thin, hair-like structure, which resembles lion’s mane.

Lion’s Mane has traditionally been used to aid digestion and treat cancer. Animal studies suggest that consuming the mushroom may protect against neurodegenerative diseases such as Alzheimer’s and Parkinson’s, but there is as yet too little data on the effects of Lion’s mane on humans.

Some companies are experimenting with Lion’s Mane mushrooms as an alternative to coffee or Adderall because of its possible cognitive properties. A 2009 study with 30 seniors – one of the only non-animal studies on Lions Mane – suggested that people who consumed three grams of Lion’s Mane extract for 16 weeks performed slightly better on cognitive tests than a placebo group.

Chaga mushroom (called Inonotus Obliquus or Birch Weather Chaga) is found on the crack of birch trees in cold climates in the Northern Hemisphere. The outer layer of this mushroom is rich in antioxidants, fiber and is low in calories. The antioxidants in Chaga can reduce inflammation in the gut, which contributes to irritable bowel syndrome.

Of special note is that the Chaga mushroom has the highest ORAC value of any plant-based food in existence. ORAC indicates the level of antioxidants that the product contains. The higher the ORAC value is, the healthier the dietary supplement is. Antioxidants help our bodies deal with free radicals before they can cause damage to our organs.

Chaga is one of the most researched mushrooms in the world and is used and sold as a medicinal mushroom. This is because of the cancer inhibiting and healing properties attributed to Chaga. This wonderful mushroom is also called the “Mushroom of Immortality” and the “King of Herbs.”

Chaga is also a natural fungus that most people can just tolerate. A possible Chaga side effect may be to inhibit platelets slightly. Therefore, if you have an autoimmune disease, are taking blood thinners, are pregnant or breastfeeding, use of Chaga is not recommended.

Reishi mushrooms were used in traditional medicine in East Asia to combat aging and increase energy. Reishi is also known as the Mushroom of Immortality. In traditional Chinese medicine, this beneficial mushroom species has been revered for over two thousand years. This is then due to its high concentrations of natural vitamins, antioxidants, nutrients and adaptogens.

In China, Reishi mushrooms are also used to strengthen the immune system of cancer patients receiving chemotherapy or radiation. Scientists are still testing Reishi for anti-tumor effects. A Japanese study of 225 patients with benign colorectal tumors found that tumor size decreased in participants who took Reishi supplements for a year, compared to a control group.

Reishi mushrooms are not yet approved as an official medicine for the treatment of cancer or any other medical condition. However, they are legal and can be purchased at dietary supplement stores. You can buy Reishi extract capsules and Reishi powder online at webshops.

That Reishi mushroom is healthy is proven by the many studies that have been done on this beneficial mushroom. Also the Reishi mushroom experiences do not lie about the positive effects of this fungus.

Cordyceps mushroom (Cordyceps Sinensis) is found in the soil of Chinese prairies at altitudes of 3500 to 5000 meters. This fungus has become increasingly rare recently, due to both climate change and increased demand from the wellness industry.

Cordyceps has a strengthening and invigorating effect on our body and also mind. It is therefore an effective tonic. It also promotes cellular energy production, oxygen consumption, stimulates blood circulation and increases blood flow to all organs. Cordyceps mushroom also supports our immune system and has a possible antidepressant effect.

Besides the mentioned benefits, Cordyceps is also known as a potency enhancer and is therefore also called “The Viagra of the Himalayas”. In traditional Chinese medicine, Cordycept Sinensis is therefore used to treat erectile dysfunction. A 2016 article showed that this caterpillar fungus can help increase sperm count and serum testosterone.

The best Cordyceps can of course be bought fresh in China, but it is very expensive. In Europa and United States, you can order Cordyceps mushroom extract online in webshops,

Cordyceps sinensis, Cordyceps fungus, Wigwam, Reishi cordyceps, Turkey tail, Maitake, Shiitake, and Turkey tail (Elf’s bench) are all species that have been shown to improve the health of the immune system and they are an energy booster. It can greatly relieve the symptoms of certain conditions, such as asthma, diabetes and lung infections.

Which medicinal mushroom is the best of these four? That depends on what you want to use it for. In any case, Lion’s Mane, Chaga, Reishi and Cordyceps all fall under the heading “Mushroom of Immortality”, because of their high beneficial effects that support the immune system.

Although traditional cultures in Asia, Europe and North America have used functional mushrooms as natural remedies for a variety of diseases, there have not yet been enough studies and scientific research in humans to assign these beneficial mushrooms as medicines.

This article was translated from Spiruella.nl 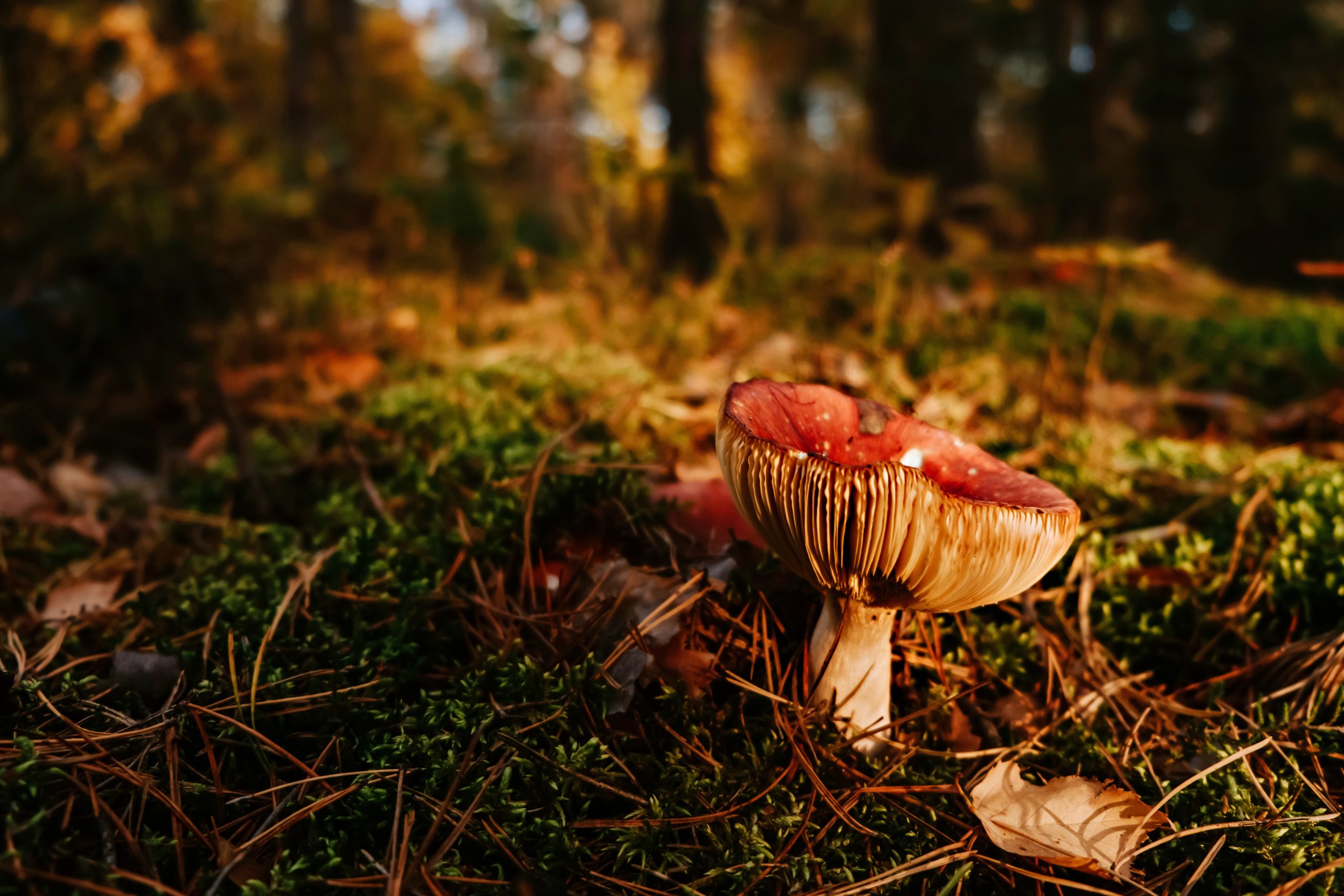 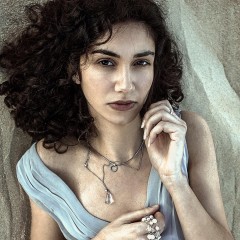 Founder and creative director at Humana Spirit. I am passionate about spirituality, personal development and the arts. I'm also very decicated to a holistic lifestyle. Think oganic and unprocessed food, a plant-based diet, natural cosmetics, yoga and meditation. My purpose is to reach my full potential and help others to do the same.

How cacao helps me in every moment 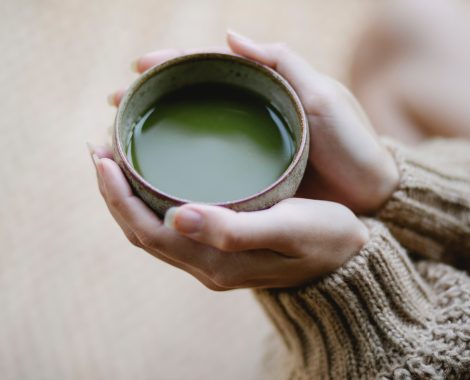 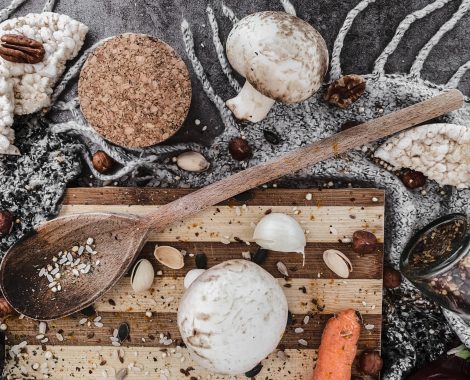 The medical power of mushrooms 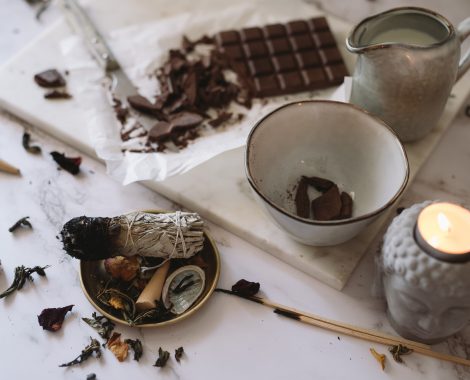 How cacao helps me in every moment 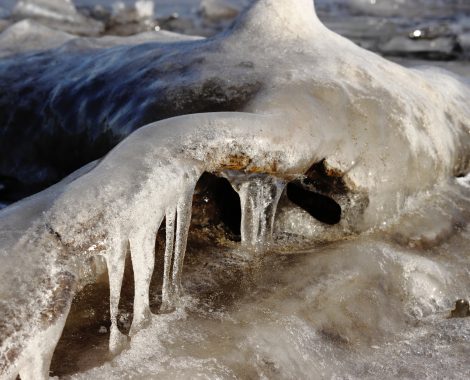 An ice bath or shower: 5 benefits for your health 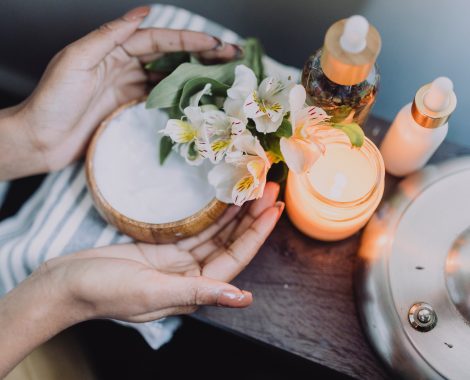 How Gratitude and Meaning in Life Overcome Depression 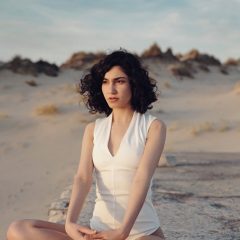 Hi there! My name’s Sadja Faili and I’m a Netherlands-based holistic blogger. Nice to meet you and welcome to my world!

Hi there! My name’s Sadja Faili and I’m a Netherlands-based holistic blogger. Nice to meet you and welcome to my world!

Sorry. No data so far.